A teenager who took up painting during the lockdown is proving to be one to watch out for in the field of fine arts. Fourteen-year-old Makenzy Beard from Swansea, Wales, started painting on canvasses in her garden shed when schools closed in March 2020. “There was an old rolled-up carpet, bits of driftwood, parts of an old boat,” the teen told Daily Mail. “It was dark, dusty, no electrics or anything, so when I was working in here in the winter, I’d have to use the light from my mobile phone.” However, what came out of the dingy shed was a breathtaking portrait of her neighbor, Gower farmer, John Tucker, which went on display at a prestigious art gallery in London.

Speaking to BBC about how she discovered her hidden talent, Makenzy said: “I had some free time on my hands and my mum used to love to paint so we had paints and canvasses and brushes. I thought ‘why not give it a try’ and it escalated from there. I’ve always loved creative things but up until that point that was my first time painting portraits.” She started off by attempting to recreate a few photographs she found on Pinterest before moving on to a portrait of her neighbor.

A photograph of the portrait went viral on social media after it was posted by her school’s Twitter account. “It’s a bit overwhelming to be honest because I’ve never been someone who has had much contact with social media,” said Makenzy. “But seeing people from all over the world commenting on it and talking about the light, the tones, and the texture is just really wonderful for me.” After Makenzy’s art teacher entered her farmer portrait for the Royal Academy’s Young Artists’ Summer Show, a national competition open to amateur artists aged between five and 19, it was selected for exhibition in July and at the Royal Academy of Arts in August. 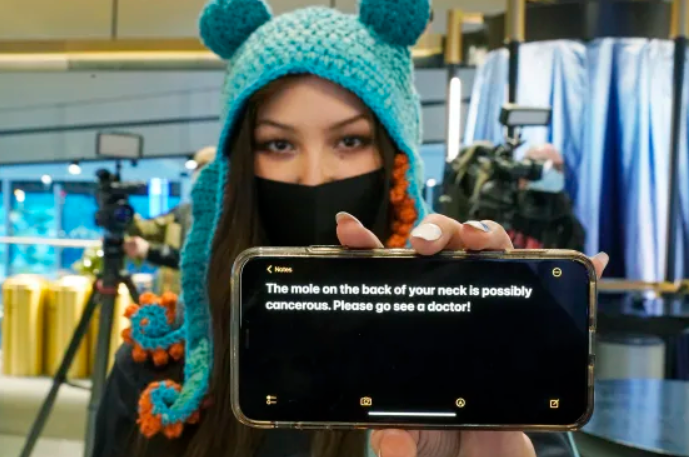 READ It turned out she was right. “I felt bad at...