Tereca Harris had been deployed for 9 months. She was supposed to come home to San Diego, CA, in November, but her grandmother got ill and she was not going to get better. That is why the NAVY allowed her to go home earlier.⁠ Her son, Samuel, was at football practice when she decided to surprise him.⁠ “I’ve missed so much with me being gone and him in high school. That’s the pivotal one that they remember, so the fact that we surprised him and he had no clue…it was even better,” Tereca commented.⁠ h/t: Today⁠ Photos: Samuel_Harris39 / Twitter⁠ 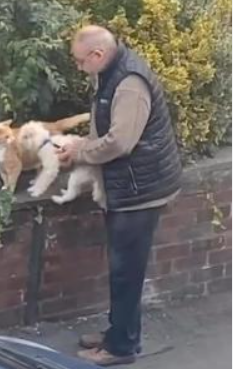 WATCH The little things in life are the best, like introducing...